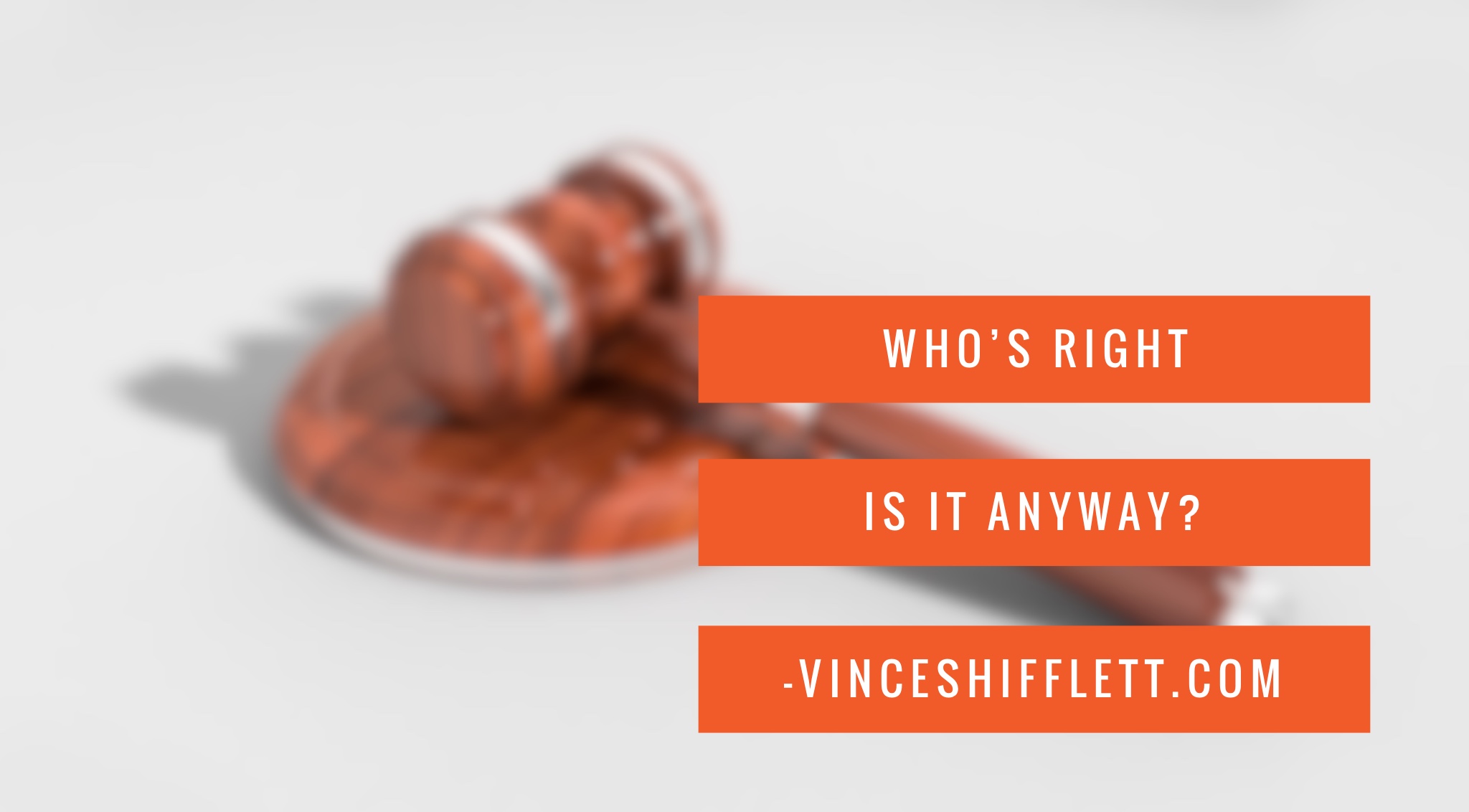 The recent Supreme Court decision related to the baker refusing to bake a cake for the gay couple has me thinking. According to the constitution, what exactly is one’s right? Do we all have equal rights or not?

No one wants to be forced to do anything that is beyond their religious belief but where to we draw the line.

Is this where we are headed? Anyone can refuse you any service based solely on the fact that they do not believe the way you do?

It is time we all look past our nose and stop all the judgment. It is not anyone’s place to refuse service to another based on what you believe is right or wrong. That is called judgment. You are judging another by refusing service. You are saying they are wrong. You are essentially taking away their rights so you can practice your rights.

So you believe in the Bible. Does that give you the right to refuse service and kindness to someone who doesn’t? Remember Jesus sat down and had dinner with the scribes and Pharisees. They were considered the chiefs of sinners but he didn’t deny them their right to dinner just because they didn’t believe the way he did. He instead showed them love, kindness, and respect.

We all deserve equal rights but what happens when you use your rights to deny me my rights? It all comes down to respecting and loving all regardless of religious belief, sexual orientation, or any other belief.

All the different religions in the world are man-made and often used to divide us. Many wars are the result of religion. Many court battles are the result of differences in religious belief. Fighting in the name of God. Something about that just doesn’t seem right to me.

I have come to realize that I am only responsible for me. I love a quote from the bible that says, “Let EVERY man work out his OWN soul salvation.” It did not say for you or I to work out another’s belief.

Lets all work together to ensure that EVERYONE has THE RIGHT. If the baker doesn’t want to bake the cake, fine. That is his right. Move on to a baker who would love to bake the cake. Why the court battle and drama? If a gay couple wants to express their love through marriage, fine. That is their right. Why all the discussion, arguing, and discrimination? Why is it you can vote on how I live my life but I have no say so in how you live yours?

Allow each individual to live the life they love.  It is their right.

What are your thoughts on this matter? I would love your feedback.

As always, thank you all for your love and support.

Until next week, live in peace and allow others to do the same.