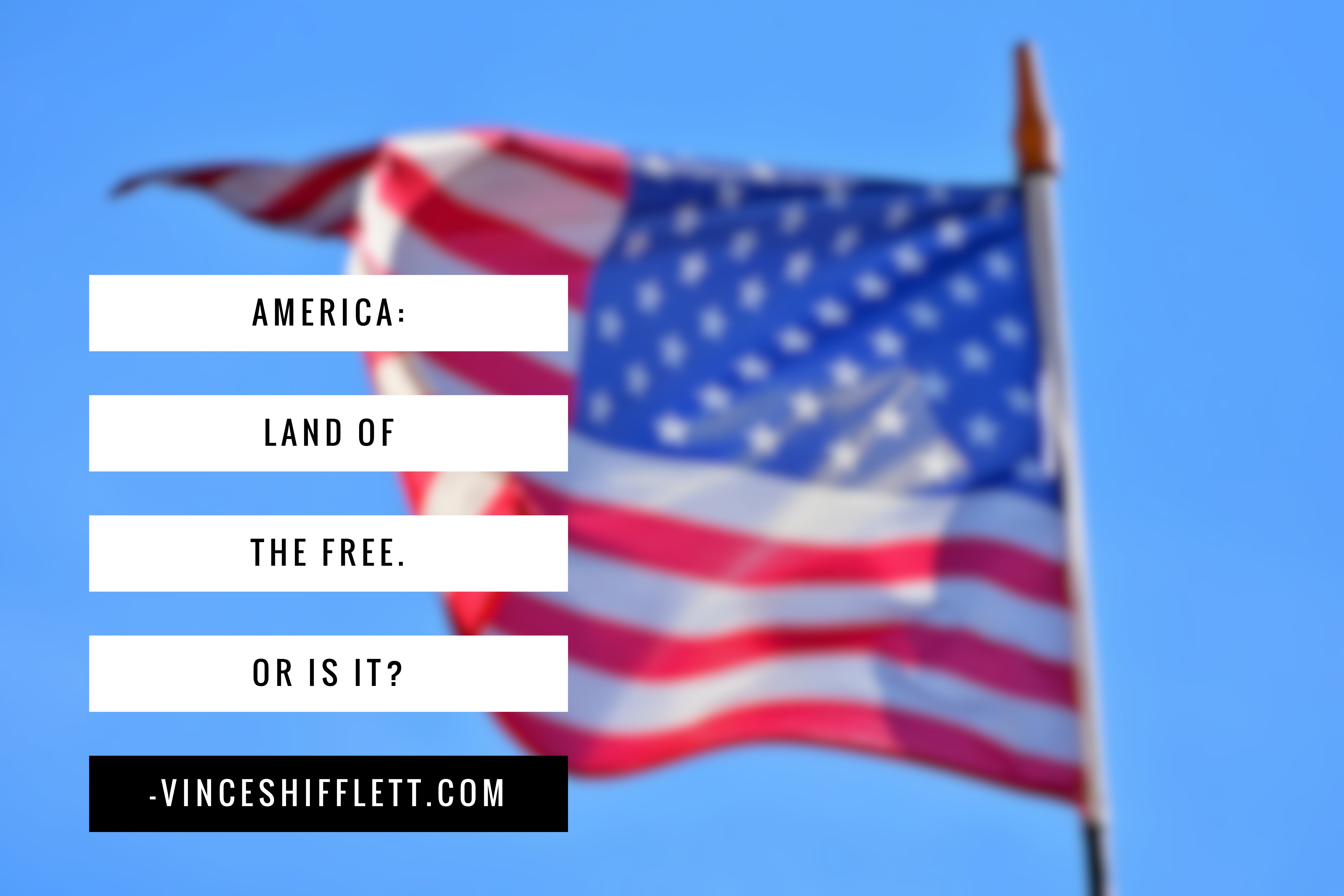 America has always been known as the land of the free. For centuries people have migrated here from other countries to be part of that freedom. But is it really the land of the free? Forbes magazine ranked us 19thout of all countries for economic freedom and 20thin the overall Human Freedom Index.

America has more people in prison than any other country in the world. Is that freedom? It seems more like a land controlled by special interests and corporations that make it a point to not let folks get ahead in life. The poor appear to work harder and continue to get poorer while the rich seem to get richer.

It seems we can hardly be called the land of the free anymore.

What does it mean to be free? According to Webster’s, to be free means to not be under the control or in the power of another. It also means having immunity or being safe and not limited.

Is it the land of the free only if you meet certain criteria? It seems to me that unless you are Caucasian, Christian, and heterosexual, “Land of the Free” does not apply to you. There are different standards and different rules for anyone who does not fit into a certain mold.

Being born and growing up as a gay man, I can testify first hand to the discrimination, hate, and mockery I’ve endured over the course of my life. The majority of the hate done in the name of God. Simply because I am gay. I am so much more than a gay male but none of that mattered. My rights to this day continue to be threatened and taken away because I was born gay.

Land of the Free? Really? For who?

To all Politicians and Leaders of this country:

We are here to stay. When I say we, I speak for the LGBTQ community, all the beautiful people of color, all cultures, all the different religions and beliefs, and anyone who may not fit into your mold. We aren’t going anywhere. We were created by the same source as you and have the same rights as you. I loved the old song growing up in church as a child that said, “Red, brown, yellow, black, and white, they are precious in his site, Jesus loves the little children of the world.” Not just the little children of America.

You were elected to serve. You were not elected to control, cause pain and hurt, dictate the way people live their lives, or mandate that everyone believes the same as you.

Keep in mind, our similarities far outweigh our differences. Let us stop fighting over our differences and begin respecting and appreciating them. Let us make this truly the Land of the Free. Freedom for all regardless of race, culture, sexual orientation, or belief about religion and other social issues.